I don't have an income right now.  Chris has work in NM.  So he made arrangements to do some work that needs to be done in NM.  He worked around the dates I gave him, March 29, 2014.  Now that arraignments are made I realize what I have done!  Its too late, he can't go back to his clients to change the dates.  We don't have the money for me to go it alone.

I'm asking around to see if anyone is driving though AR, or anyone from AR (in the running family of course) is going, so I can hitch a ride, help defer gas and hotel costs.  So the door isn't completely closed yet, but its most likely a no go..... until the next week when Chris has his work scheduled.

I don't understand how I made this mistake.  Oh my am I feeling foolish! and very disappointed. 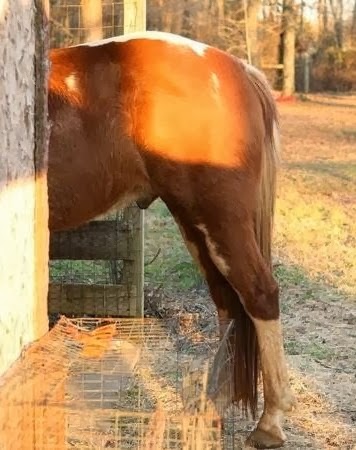 Posted by shebalynnx at 3:49 PM No comments: 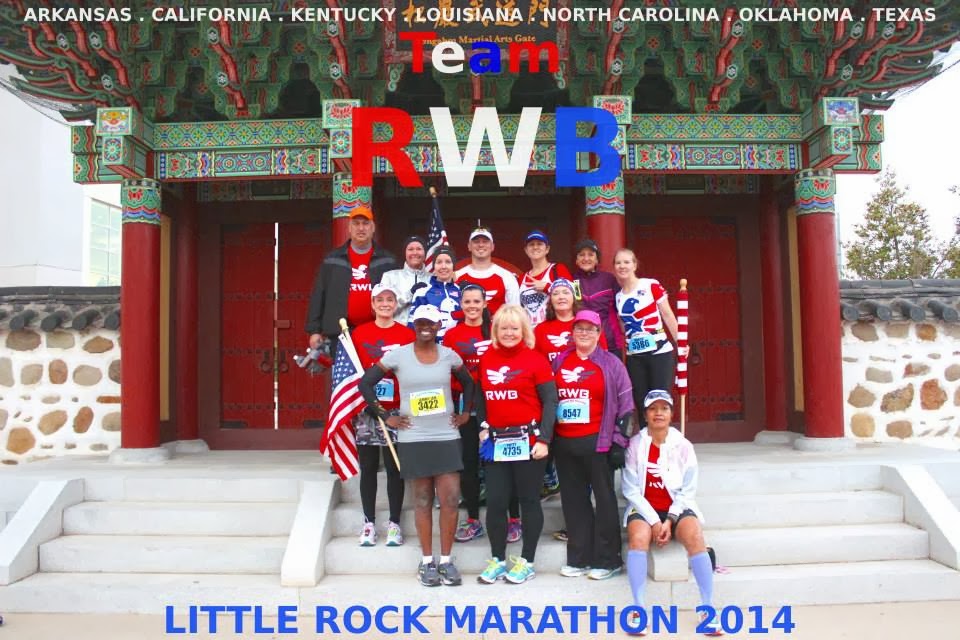 Arriving at Fike's Bikes at 5AM to be on time for the early start, this is the view that greeted me.  Its very peaceful at 5AM. 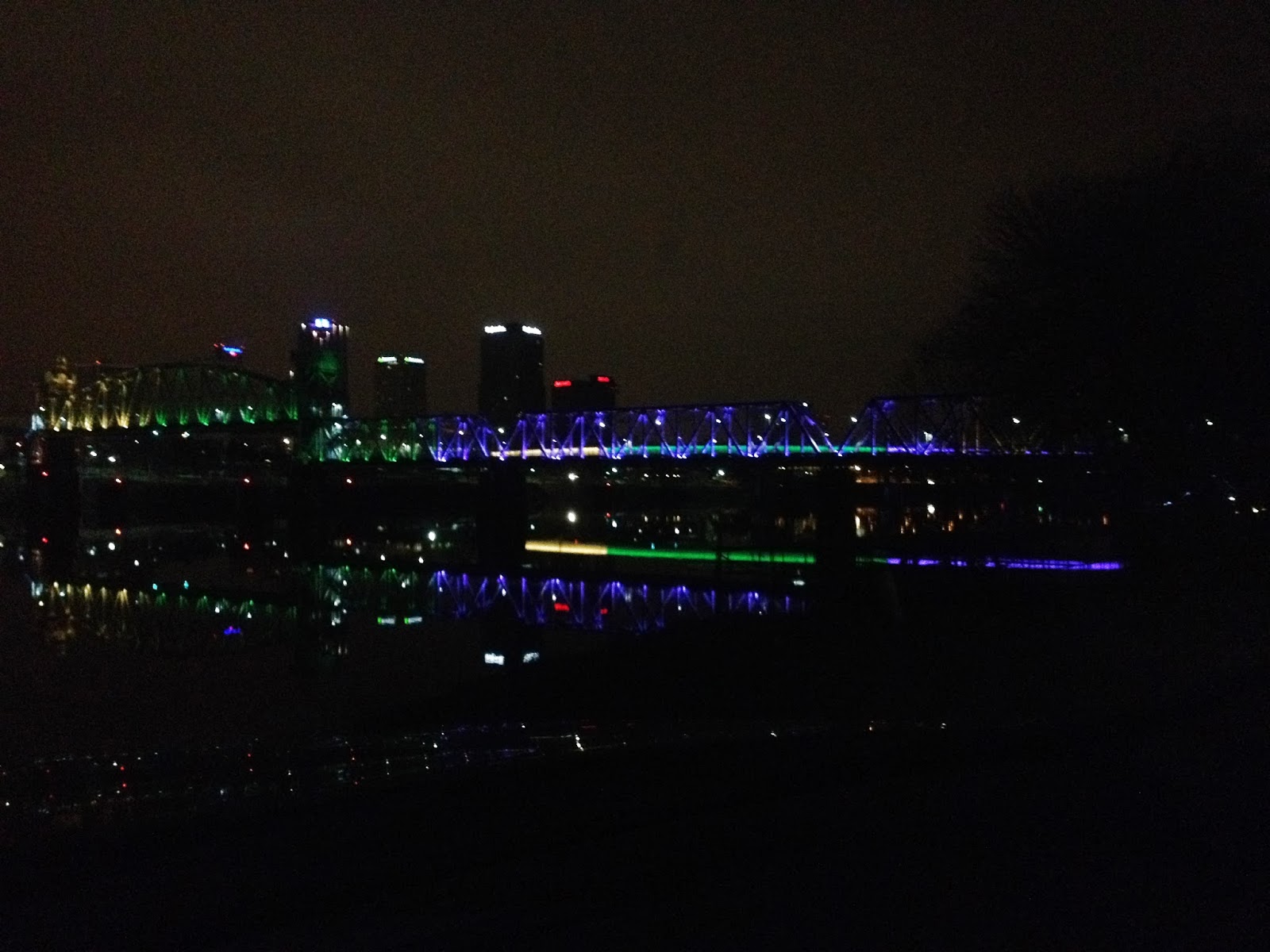 I'm going to write this race report using the format discussed in With Winning In Mind by Lanny Bassham.
Ask: What was the best parts of your race?
What did you learn?
What are you going to do about it?


The evening before the race we had a meet and greet with Team RWB members from across the country at a Little Rock pizza joint.  During this gathering we talked about who was going to carry a flag while running and the impact we could have by  doing so.
Upon returning home I decided that I would carry Old Glory for 26.2.  26.2 is very hard in and of itself, doing it in the wet, cold, rain, wind with a flag would be a new challenge.
I read Blayne Smith - A Soldier, In Parts to prepare myself mentally for the challenge.  My marathon challenge may be hard, but what our warriors go through redefines "hard".

The Best Parts of The Race:

Carrying the flag:  Talk about the support.  People were very supportive, cheering, both runners and spectators.  A few runners asked if they could have a turn carrying the flag, of course I was happy to let them.  Every part of me seemed extra sore from the effort, but no regrets about carrying the flag for 26.2

We were told the race was cancelled at about mile 22-23.  We were told we could continue on at our own risk, due to extreme weather.  I continued on to cross the finish line.  It was my slowest marathon ever, but I don't think I have ever worked harder.

I can finish 26.2 when my stomach is in full on revolt!  I had a few chips, 3 tater tots, orange wedges, everything else upset my tummy bad.

I have been maintaining some semblance of training and mileage, but not enough of it has been actually running.  Walking miles don't do me much good - run more.

Asthma management needs some tweaking.  It was not fun.  For 26.2 I could never catch my breath.  Every breath was a struggle.

Having a reason to be running gives meaning to the suffering and strength to the mind to keep going.
Never used stuff I haven't trained with!!!  I was concerned about having enough calories for the migration so I strapped on a fanny pack.  I have used it before for many races, but I haven't used it or trained with it lately.

What I'm going to do about it:

I am making a doctor's appointment today.  I'm starting training with a Power Lung.

Keep doing what I'm doing.  I will read warrior's stories before a race, to keep the new definition of "hard" in mind.  My marathon isn't hard compared to what they go through.

Train with it just in case I might decide to use it.

It was very grand having Team RWB members from across the country here for the Little Rock Marathon.  Its regrettable that the weather kept people from sticking around after the marathon and visiting/cheering.  All were concerned about getting warmed back up!  I'm very much looking forward to my next big event Bataan Memorial Death March Marathon   It will be a major event for Team RWB.

Posted by shebalynnx at 10:53 AM No comments: